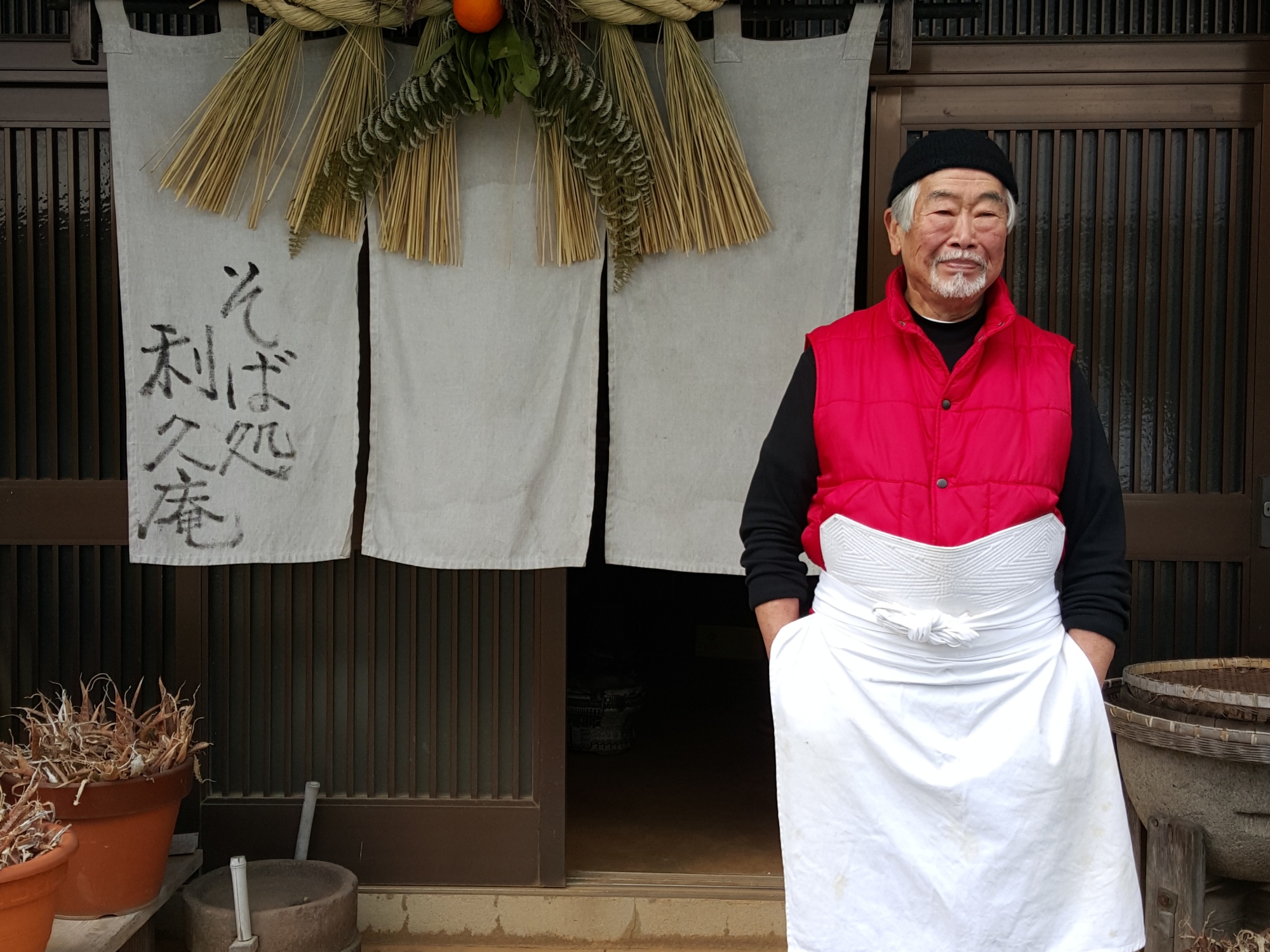 I spent a night in Asakura at a hot spring inn, and on our way back to my grandmother’s place the next day, we wanted to grab a quick lunch somewhere. We had been looking in a restaurant guide book but some of the restaurants were closed that day. We made a pit stop at a Kuzu shop, and the person working there gave us directions to a soba shop close by.

Once we got there and walked in, we weren’t sure if we had found the right place. It looked more like an antique store. 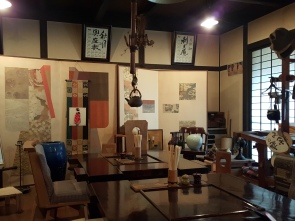 But an old man said “irasshaimase” and welcomed us in. The house was extremely cold, and we sat on the one table that had a “kotatsu” (table with a heater underneath, covered with a quilt). He explained that there was a set lunch menu available, which consisted of soba-gayu (buckwheat porridge), hot soba and cold soba. He seemed to be the only person working here, so we figured it would be best for all of us to order the same set menu. He seemed pretty keen about having us try it too.

We all couldn’t stop looking around because this place was filled with old stuff! Old whisky bottles, ceramics, books… this guy was clearer some type of junk hoarder, we thought. Later he told us that his friends keep bringing stuff and he just doesn’t turn them away.

We were cold even sitting at the kotatsu, so we were relived when the steaming bowls of buckwheat porridge came out. This man was quite old, probably in his 70s, and I felt a bit worried watching him carrying trays of food around… The buckwheat porridge was extremely mild but the dashi was on point. In Japanese, I would say that it tasted やさしい、which means it tasted “kind” or… “gentle”.

Next came the hot soba. I normally don’t order hot soba because I find that soba noodles get mushy too quickly and I can’t enjoy the texture of it as much when it’s sitting in a hot broth. I’m also not a huge fan of that sweet, soy sauce and mirin flavor (which is one of the main flavor profiles of Japanese cooking :p). His broth was quite clear- in fact, he only adds a bit of soy sauce and salt. It was garnished with two different types of fish cake (kamaboko and satsuma-age), free range chicken (you could definitely tell from the texture) and scallion. This guy knows how to make dashi really well, and what I loved most was the texture of the noodles. He makes his noodles with 100% buckwheat from Hokkaido (it’s very difficult to make 100% buckwheat noodles- many opt for 80% and use wheat flour for the remaining 20%). I even finished all the broth (which I rarely do).

And of course, the cold soba was even better in terms of texture. 100% soba is more fragrant, and you have more of a bite to it. But it’s also very difficult to make it come together and actually create a nice texture.

Once we had finished eating, he explained to us that his real profession was an obi (the sash used to tie kimonos) designer. But after he retired, he started making soba as a hobby, and opened this soba shop against his wife’s will… (not sure why she would be so against it!). He’s been doing this for 10 years now and he is now 72 years old. He is undoubtedly a perfectionist, a trait that probably resonates from his previous work as an obi designer. He proudly showed us some of the obi he designed, and also explained how he had heart surgery a few years back. I took a peak inside his kitchen, and he told me that he prefers to use cast iron pots to blanch the noodles because it gives it a nice, mellow texture.

I felt lucky to have stumbled upon this soba shop, and it really exemplifies what I love about Japan. The sad thing is that craftsmen like him will eventually disappear, and Japan will lose a lot of its traditions… Here is this man in his 70s making soba (really good soba!) as a hobby, not to make a profit but to live out his passion and also to feed people and make them happy. The reason why Japan has way better food than New York City is because many people are not in it for the money. They take pride in what they do and they want to serve good food. I absolutely love it and I hope to go back there again one day! 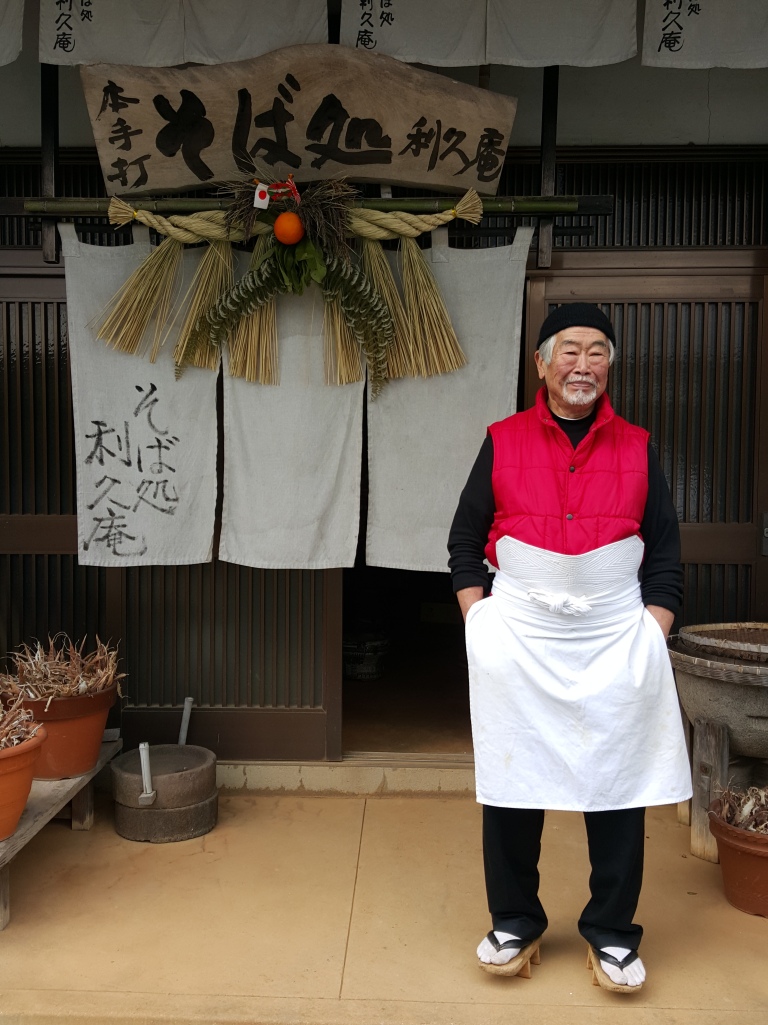 Until that day, I hope he stays healthy and happy!