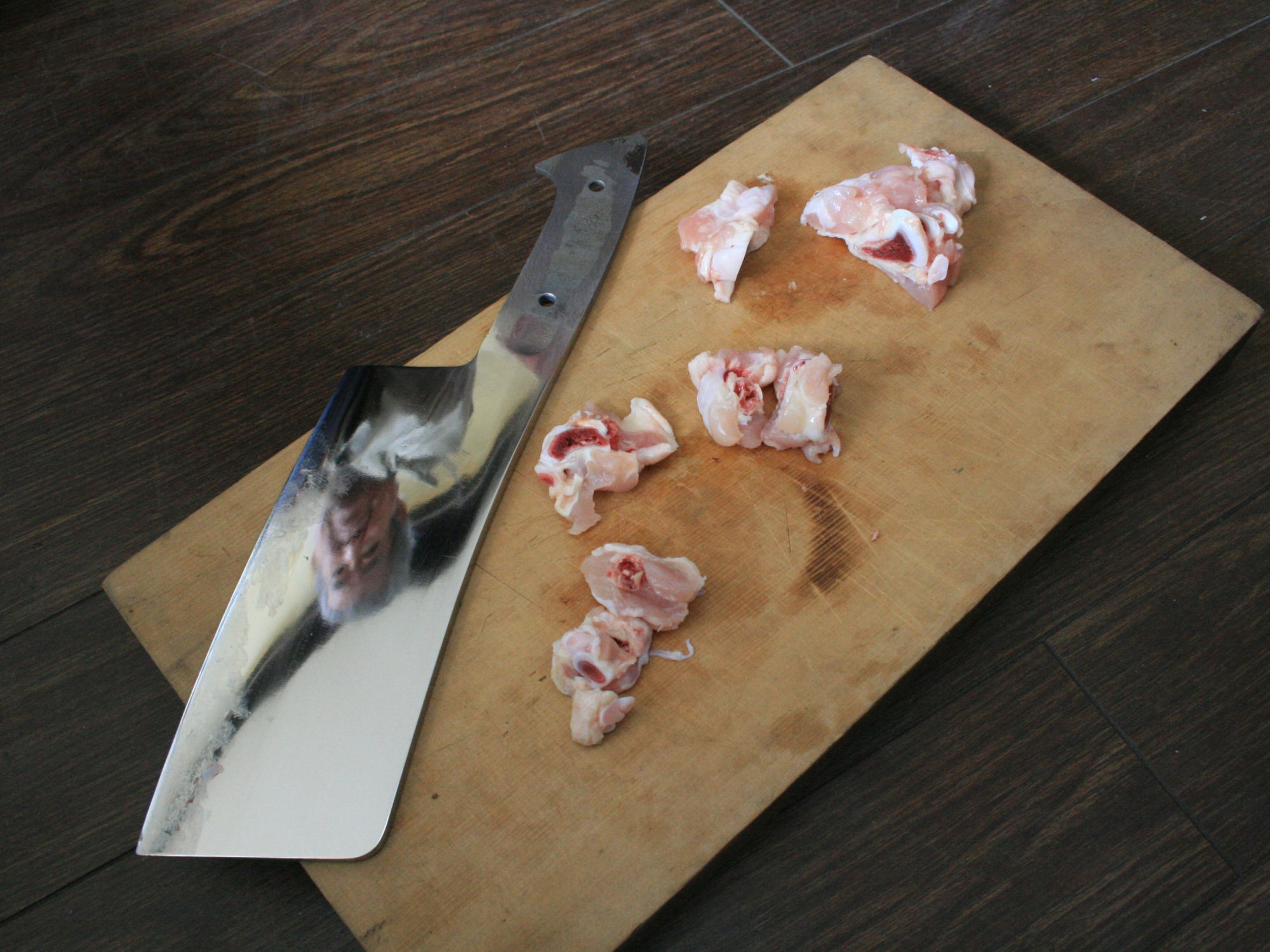 Last year I had the opportunity to visit Takamura Cutlery in Echizen City of Fukui Prefecture during my trip back to Japan. The company I work for started carrying Takamura knives for MTC Kitchen from October 2012 (we introduced these knives at Starchefs ICC at our booth). Although I had already met Terukazu and Hideo Takamura in New York last year, it was a valuable experience to actually visit the place where they make all their knives, from start to finish. This wasn’t a work trip but I cared enough to go check it out in my own personal time.

Terukazu-san was kind enough to pick me up at the Takefu train station (my dad tagged along with me for this trip) and he took us directly to eat lunch at a neighborhood restaurant. I had heard from many people that Ishikawa and Fukui prefecture have some of the best seafood in Japan. We went to a restaurant that is run by a family that also runs a sakanaya (or seafood shop) and had an amazing lunch!

[The squid and ama ebi (sweet shrimp) were exceptional] 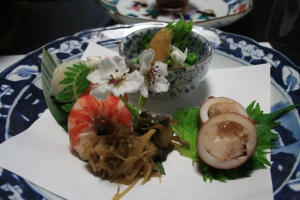 [Squid with its babies] 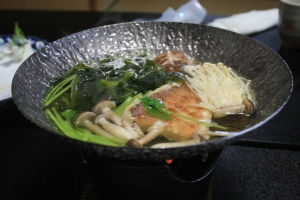 [Echizen style soba made in house]

After this amazing lunch we headed over to the factory. I felt a bit nervous meeting their father, and there was an awkward silence after we exchanged our introductions. He was a quiet man, but when he started warming up to me his eyes gleamed as he spoke about his work with pride. The members of the Takamura family are modest but it’s clear that they are confident that they make some of the best knives available in Japan (and probably the world). For people who live in a small city like Echizen, they have connected with a lot of top chefs in Japan and around the world. They may not have the brand acknowledgment like the bigger brands but word of mouth has led to a sizable group of loyal followers. People who happily endorse Takamura knives include Chef Narisawa of two Michelin-starred Les Créations de Narisawa, Chef Ochiai of La Bettola (one of the hardest restaurants to get a reservation for in Tokyo), Iron Chef Sakai and Chef Nakamura, the ramen guru who is now consulting for Ramen Lab at Sun Noodle. Other chefs who own Takamura knives include the participants of Cook it Raw 2011 such as David Chang, René Redzepi, Sean Brock, and Albert Adrià. A lot of chefs and cooks in New York City now use Takamura knives as well.

Hideo Takamura, the second eldest brother, showed me the finishing stages of their knife production. He uses a heavy (probably 3 pounds or more) hammer (which they made themselves I should add) to create grooves in their turning whetstone. I had heard that he hits the whetstone about 10,000 times a day but I didn’t know why.

One of the reasons why they do this is so that the water can flow freely between the knife and stone. If not, he says that the knife will heat up too much and this has a negative effect on the quality of the knife. The other reason is to keep the shape of the stone consistent and suitable for the shape of their knives. No customer who uses their knife would know about this painstaking attention to detail yet they don’t cut this step out because they strive for perfection.

I also had the opportunity to try their cleaver, which effortlessly cut through chicken bones. One of their customers has been using the same knife for nine years without having to sharpen it once (hopefully we can start taking custom orders from customers in the US for this knife).

I have seen many people use Takamura knives and it brings a smile to their face when they feel the blade slicing into carrots like butter. Some chefs have commented that they have started to do a bit of prep work again because cutting with Takamura knives makes those tasks more fun. My dad who never cooks was inspired to help my mum in the kitchen more when he tried one of their knives. The Takamura family cherishes the relationships they have with their customers and it truly reflects in the quality of their knives. It’s not only their skill and craftsmanship but their genuine wish for their customers to use the best quality tools that creates these amazing knives.

* This article was also used for www.mtckitchen.com