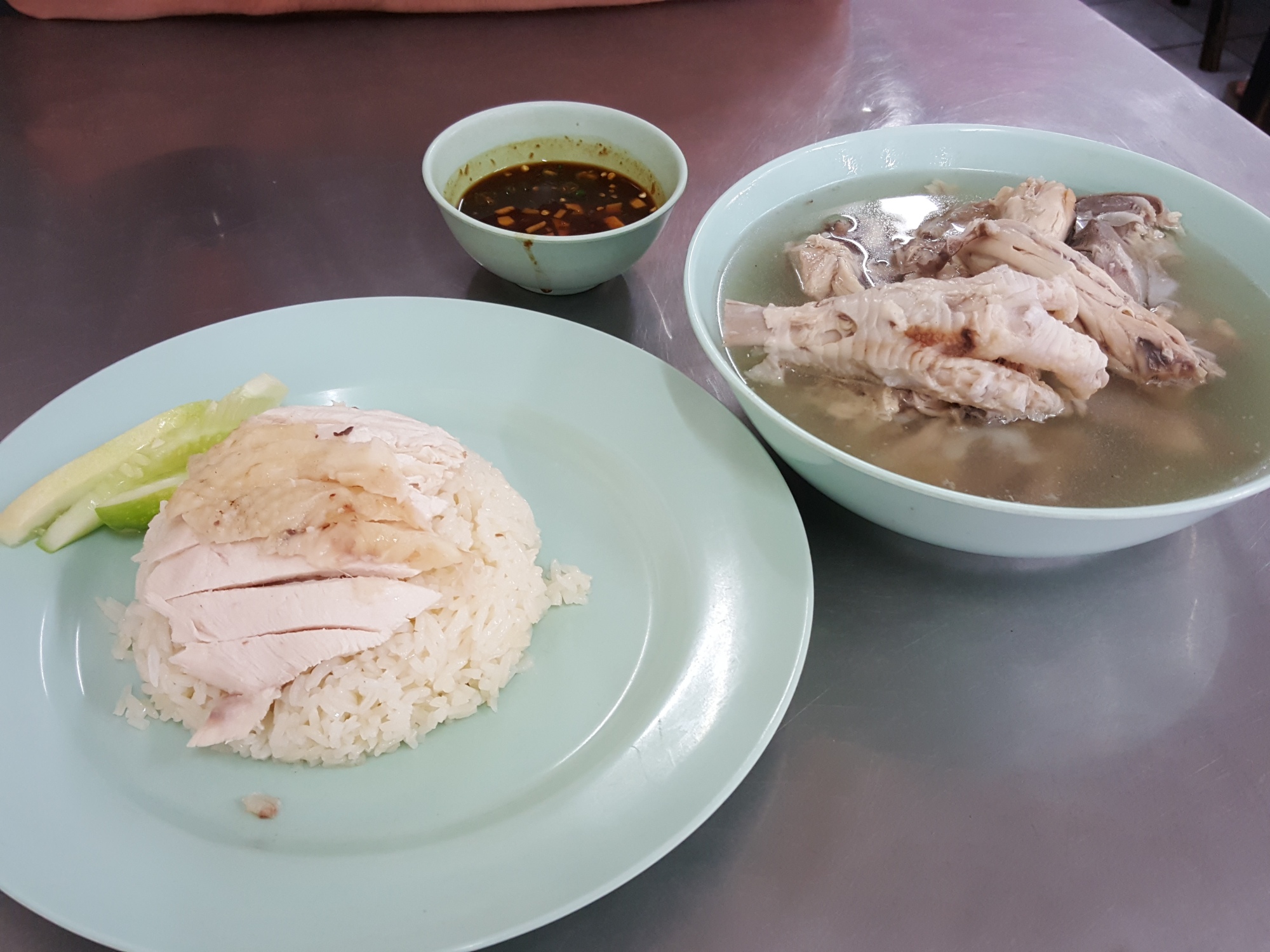 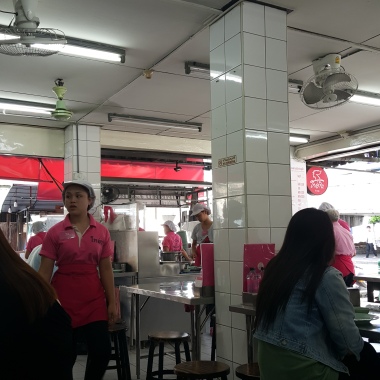 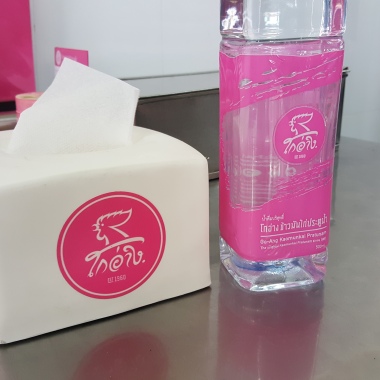 The first meal I had in Bangkok was Thai chicken rice (Khao Man Gai). It was walking distance from our hotel and it opens from 5am so it was the perfect breakfast spot! They had a menu with photos so ordering was pretty straightforward even though we don’t speak Thai. 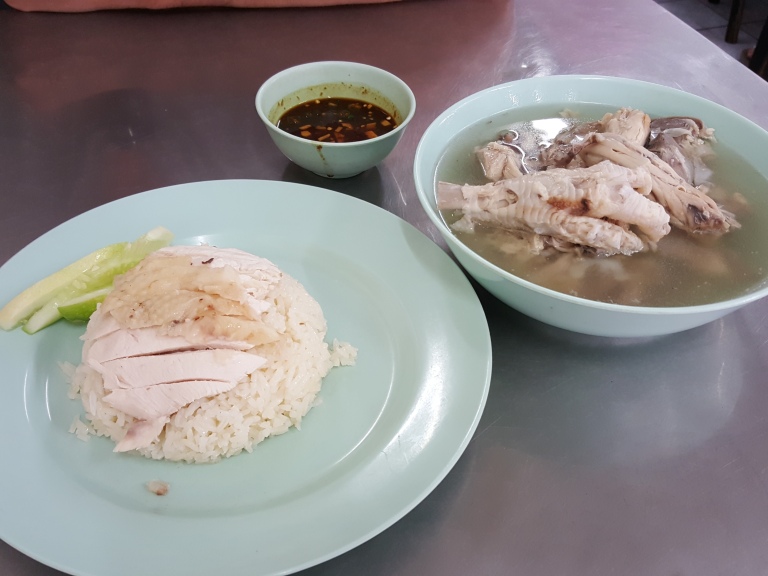 Khao Man Gai is pretty much like Hainanese chicken rice, except they serve it with some dark chili sauce instead of ginger and chili sauce. The rice at Kaiton Pratunam was amazing, but the chicken was not as moist and flavorful as I was hoping. The soup was also really good.

I didn’t get the opportunity to try Khao Man Gai at other locations so I’m not sure how this compares, but it wasn’t as good as the best Hainanese chicken rice I’ve had in Singapore. 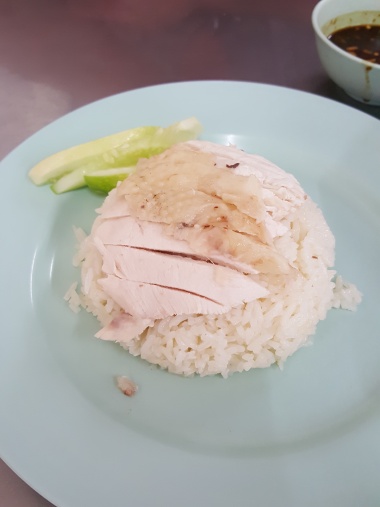